If you asked the average person in America who controls the weather, you would probably get many different answers. Some would say Mother Nature, others would say global [...] 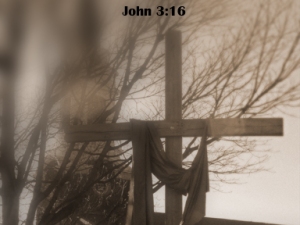 This is it! The day those taking Revival Boot Camp have waited for – the Gospel Message. After studying how John the Baptist, Jesus, Peter and Paul shared the gospel, [...]

If we, as believers in Jesus Christ, are going to win the world to Christ, we must be equipped with the right tools. According to Ephesians 6, our only weapon is the sword [...]

Lord, we come before you as our Creator and the author of freedom. We thank you for establishing this great nation as “One Nation Under God”. On this special day [...]

I found an interesting Bible verse that I would like to share with you. “Have you entered the treasury of snow, Or have you seen the treasury of hail, Which I have [...]

Is America under judgment? Why are we experiencing the coldest winter on record? Does God send judgments in the form of weather? What about all the floods, drought, [...]

Today is Freedom Friday! America needs so much prayer that I hardly know where to begin. We have tornado weather in the midwest, blizzard weather in the north, tropical [...]

Welcome to the 2nd Memory Verse Monday! I hope you took the time to memorize the verse from last week on Fasting. If not then click here: Matthew 17:21. Today’s verse [...]

The only way that a person can get to God is through His Son, Jesus Christ. Jesus said unto him, I am the way, the truth, and the life: no man comes unto the Father, but by [...]