We are beginning the holiday season with all the cooking, festivities, shopping, gift giving and countless other interruptions into our normal schedules. Please don’t [...]

I am having fun in the Big Apple. The prayer partners at Prayer in Every City would like to wish you and your family a Blessed [...]

Thanksgiving was adopted in 1863 by President Abraham Lincoln. This day was set aside  “as a day of Thanksgiving and Praise to our beneficent Father who dwelleth in [...] 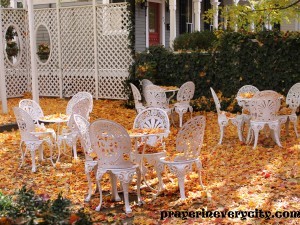 I want to wish all my followers and viewers a Blessed Thanksgiving Day. We at Prayer in Every City have prayed for you since we began in April of this year. We are blessed [...]

*David Platt is the new president of the International Mission Board of the Southern Baptist Convention. In his popular book, Radical, “he urges Christians to join the [...] 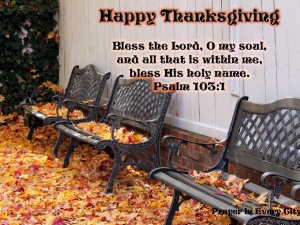 I love Thanksgiving. As a child we used to make the yearly trip to my grandmother’s house in Kansas. It was a two day drive with six kids in a station wagon, but we [...]

It’s time to celebrate the holidays. If you have been to the store lately, you have already seen the Christmas decorations. Christmas has become so commercialized that [...]

Originally posted on Prayer In Every City:
Many of you have heard the story of the first [...]