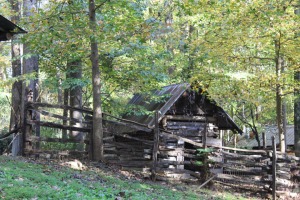 Many of you have heard the story of the first Thanksgiving, but have you heard about the Pilgrim’s second Thanksgiving?  After the first Thanksgiving, the Pilgrims still had much adversity to overcome.  During the winter of 1621-22, many new settlers had come to the colony and had not brought food or supplies.  The Pilgrims had thought they had a sufficient store of food for the winter, but with the extra mouths to feed it quickly dwindled.  They eventually got down to a ration of five kernels of corn per person per day.  They continued to pray to seek God’s guidance and not one of them died of starvation.  Finally, an unexpected ship showed up which had much needed supplies.  They traded beaver pelts, which Squanto had shown them how to prepare, for the supplies.  They then took the supplies and traded with the Indians for food (139-140).

In April of 1623, the Pilgrims began to plant corn.  During this season, a severe drought threatened to shrivel every last bit of corn.  Even the Indians had never seen such a drought (lasted 12 weeks).  The Pilgrims decided to set a day aside for prayer and fasting.  The morning they began to pray the sky was clear and sunny, but 8-9 hours into the prayer service the clouds began to form.  The next morning it began to rain and it rained for 14 days (141-142). Even the Indians admired what the Pilgrim’s God had done for them.  They had done their rain dances and “incantations from medicine men” to no avail.  The crop yield that year was truly abundant so the Pilgrims decided to set aside a second day of Thanksgiving to God.  They invited the Indians again and celebrated like they did on the first Thanksgiving Day except for one minor change.  “The first course that was served: on an empty plate in front of each person were five kernels of corn…lest anyone should forget (141).”

God has had his hand on our nation from the time that Columbus discovered America.  America is truly the promised land for the Gentiles.  I encourage all of you to read the book, The Light and the Glory.  You will be amazed at how God led Christians to not only discover America, but to also settle America.  When you celebrate Thanksgiving this year, remember to thank God for his awesome glory in giving us this great nation.  Our first course at Thanksgiving this year will be five kernels of corn.

Other books by Peter Marshal and David Manuel

From Sea to Shining Sea for Children

Sounding Forth the Trumpet – Gold Rush, Mexican War, and issues leading to the Civil War