When Jesus taught the Lord’s Prayer to the disciples, he did not intend for them to merely recite the prayer. He was teaching them a memorization technique called index [...]

The Lord’s Prayer is probably the most recited prayer in the Bible. It is beautifully written, poetic and simple, but Jesus did not intend for us to merely recite it. [...]

When Jesus taught the disciples how to pray in Matthew 6:9-13, He did not intend for the disciples to only memorize and recite these verses. Instead, He was teaching them a [...] 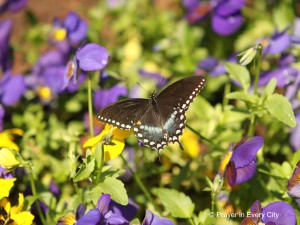 If you are experiencing anxiety and fear, then pray. The Bible says that if we pray over our problems, the Lord will give us peace. “Be anxious for nothing, but in [...]

Did you know that sin in our lives as Christians can prevent God from listening to our prayers? One of the most life changing verses that I ever read in the Bible is, [...]

A recent Southern Baptist Convention poll showed that only 1 in 1,200 couples who pray together get divorced. Yet, Family Life® found that less than 8% of Christian couples [...]

Thank you, Lord, for your answer to our prayers. We thank you that this reign of terror is over and both suspects are off the streets. Please, Lord, protect us as a nation [...]

America has suffered some devastating tragedies this week. We have had bombings in Boston, explosions in West, Texas, poisoned letters, and the gold market plunging. It [...]

Our hearts go out to the victims and their families for this horrible tragedy today in Boston. Lord, we pray that you will guard us as a nation from the evil one. Though we [...]