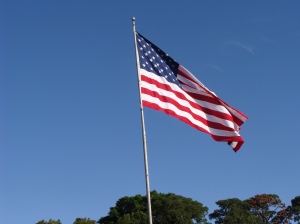 America has suffered some devastating tragedies this week. We have had bombings in Boston, explosions in West, Texas, poisoned letters, and the gold market plunging. It makes a person wonder why God is allowing all of this devastation. This answer can be found by studying the Old Testament. In the Old Testament God judged sin by sending great tragedies to try to get Israel to repent of their sin. He would send prophets to warn Israel before the judgments occurred. We have the words of these prophets recorded in the Bible to teach us about God’s judgment. In the book of Amos we learn how God judged Israel and the nations. In chapter 4 we can read some of the warnings God sent Israel, but they still did not turn to Him. The judgments were drought, floods, blight, mildew, insects, diseases and wars. America has seen an increase in all of these disasters over the past decade so according to God’s Word we are under judgment. He is sending out His warnings, but are we watching? In Jonah we see God sending a prophet to a non-Jewish nation to warn them of judgment.

“Now the word of the LORD came to Jonah the son of Amittai, saying, 2 “Arise, go to Nineveh, that great city, and cry out against it; for their wickedness has come up before Me”Jonah 1:1-2 (NKJV).

When we see a nation under judgment, we must intercede (pray) on behalf of the nation and ask the Lord to forgive the sins of the nation just as Daniel did in Daniel 9:3-19. Daniel’s prayer is one of my favorite prayers to pray for America. I read the prayer and change Israel to America. When you take a look at this scripture, you will see that it is fitting for the tragedies we have seen this week. I do not believe that Boston or Texas has sinned more than the rest of us. We have seen many cities and towns devastated over the past few years. Towns and cities have been destroyed by tornadoes and hurricanes. We have seen flooding, drought, wildfires, shootings, bombings and explosions. The devastation is widespread across America.

I encourage you to form a prayer group and pray for our nation. Use Daniel’s prayer in Daniel 9 as your outline. God answered Daniel’s prayer and many others throughout history when believers have interceded on behalf of another nation. There is power in united prayer. Pray for God to revive us and send a spiritual awakening.