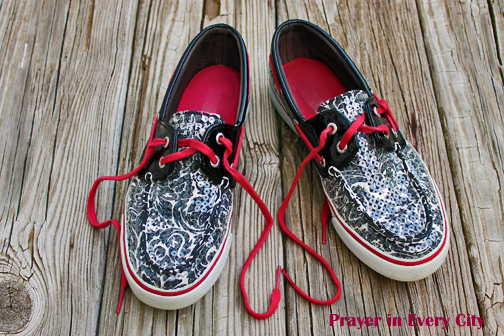 America’s only hope is revival and spiritual awakening. We have heard it said many times, but what does this mean? I am not talking about a tent meeting, but a heaven sent awakening. Our society is crumbling before our eyes. Christians have the answer to the moral decline in America, but are we willing to do what it takes to bring about revival in our churches and an awakening to our nation?

I have a difficult time watching the news because it is so depressing. I realize that bad news sells, but why is there so much of it? I want to hear some good news. I believe that people want to hear good news, so here it is: the gospel message is good news. It is the best news that God could give to the world. On the night of Jesus’ birth, God sent angels to the shepherds to tell them of good tidings of great joy. We as Christians have been blessed to hear the greatest news ever told to the world. Whether the world knows it or not, they need to hear the good news. We cannot have a revival or spiritual awakening if we don’t tell people the good news of hope.

America’s problems of racism, poverty, terrorism, political hatred, addiction, lack of respect for authorities, lack of morals and so on will not change on there own. Many people believe that social reform, gun control and education will help us out of our moral decline. But this type of reform only treats the symptoms of a larger problem. The real problem in our world today is that the hearts of men are evil.

Cain, one of the sons of Adam and Eve, was the first murderer. He did not own a gun, watch violence on TV or play shooter video games. In fact we only know of 4 people who were living at the time. Who taught Cain how to kill his brother? No one had to teach him how to kill because he was born with the ability to do evil. Does anyone have to teach a 2 year old how to be disobedient? A child has to be taught to obey because it does not come naturally to him/her. The bible says that “all have sinned and fallen short of the glory of God.” We are all born with the ability to do all sorts of evil, because all people are born sinners. Education or social reformation cannot remove a sinful heart. A person’s heart can only change if he or she chooses to be born again through repentance and acceptance of Jesus Christ as Savior and Lord. When a person is born again, he/she becomes a new creation, old things have passed away; all things have become new. Jesus is the answer to an evil heart.

If we want to change society, then we have to start preaching the word of God to the lost. Billy Graham passed away a few weeks ago. He was a preacher with only one message, which was that all men need to be born again. He preached many different sermons, but all of them had a similar plea to the lost to be saved. Whenever he was on television, whether he was on a secular show or preaching, he presented the gospel message. Many of our churches today have neglected the preaching of salvation. We have very good preachers, but they are preaching to the church. Who is preaching to the lost? God called each of us “go into all the world and preach the gospel”. We are all responsible for sharing the gospel message with unbelievers.

Many people are praying for revival and spiritual awakening, but how many are trying to reach the lost? An awakening cannot occur if no one is preaching to the sinners. According to American Culture and Faith Institute “among adults, only 23% shared their personal faith on a monthly basis during the past year – and many of those who did share their faith either were not Christians or were sharing a version of Christianity that is not biblically grounded. In total, ACFI estimates that less than one out of every ten adults who shared a message about their faith with other people at least once a month during the previous year communicated a biblically-accurate version of the gospel.” *

Prayer is not enough to change our society. We need to pray and preach for a change to occur. I will post tomorrow on the type of preaching required to bring about revival and spiritual awakening.

“How beautiful are the feet of those who preach the gospel of peace,[h]
Who bring glad tidings of good things!”[i]

My only question to you is: Do you have beautiful feet?