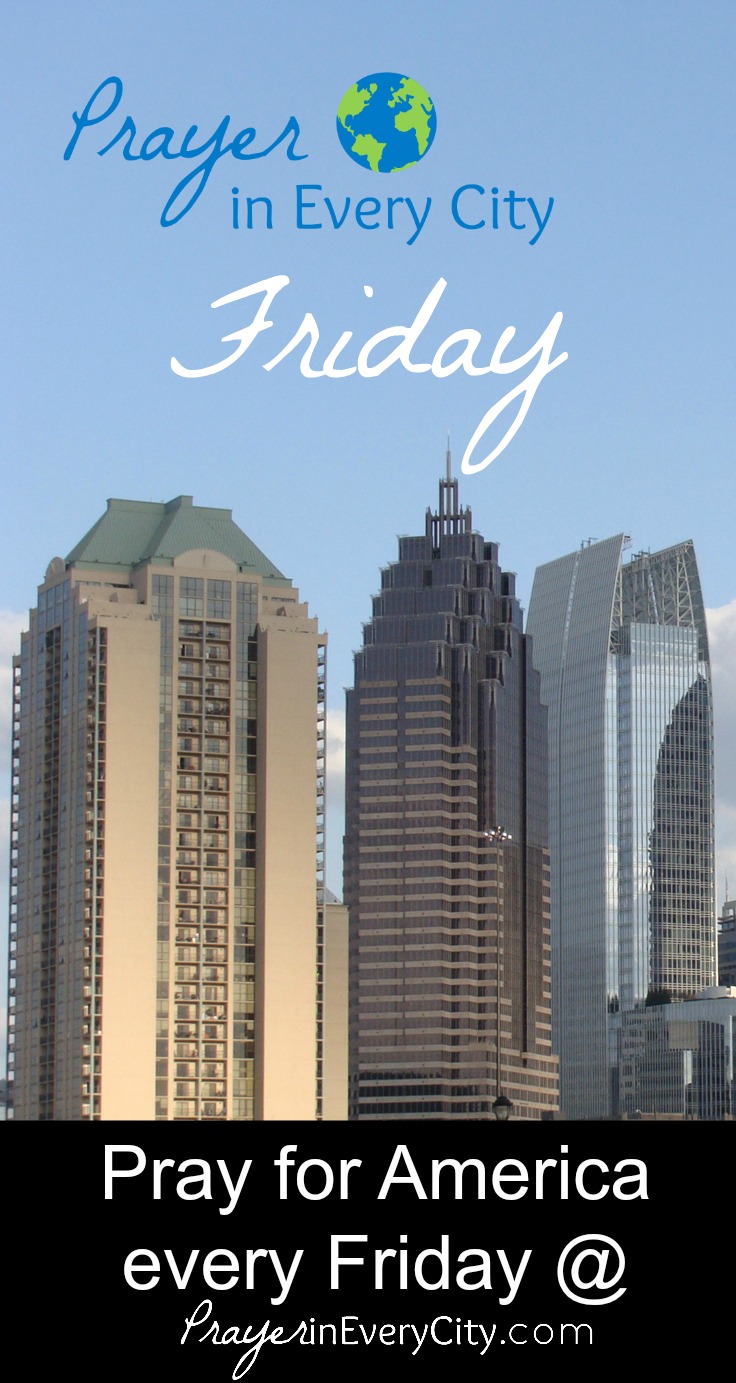 Thank you for joining me for Prayer in Every City Friday. This year I want to support Franklin Graham and our nation in prayer. Franklin Graham will be traveling to all 50 states to promote prayer on his Decision America Tour 2016, encourage Christians to run for office and vote. Every Friday, we will meet here to pray for the states he has visited that week or the weeks to come. If you have come to pray, then please leave you prayer request for the nation. These are not prayer requests for personal needs, but requests for our nation to turn back to God.

So far over 103,100 people have attended a Decision Tour Rally in 31 states with 19 more states to go. Franklin Graham visited Nashville, TN with a record breaking crowd of over 8,600; Frankfort, KY with over 5,800 in attendance and Charleston, WV with over 4,200.

We praise You, LORD God the Almighty, the Alpha and Omega, who is, who was and who is to come.

We pray all these things in the name of our Lord and Savior, Jesus Christ. Amen

Leave prayer requests for the nation in the comment boxes below. All comments will be approved before they are posted.
* Decision America official 30 Day Prayer Calendar
**Decision America 2016 official Prayer Journal ©2015 Billy Graham Evangelistic Association

About Prayer in Every City (649 Articles)