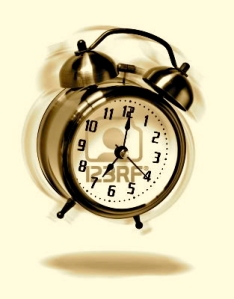 There are many interpretations of these verses and I do not claim to be a Bible prophecy expert. However, I don’t believe you have to be a prophecy expert to see that w are living in the last days. I want you to be like the tribe of Issachar and understand the times we live in (1 Chron. 12:32). I encourage you to begin studying end-time events in the Bible, even if you don’t understand them. The Bible says that faith comes by hearing and hearing by the word of God (Romans 10:17). You will not be able to stand firm during the evil day without faith. If end time events scare you, then the remedy is to study the Bible until you have faith enough to not be afraid. Confront your fear by being obedient in studying the Word of God.

4  And Jesus answered and said to them, “See to it that no one misleads you.
5  “For many will come in My name, saying, ‘I am the Christ,’ and will mislead many.
6  “You will be hearing of wars and rumors of wars. See that you are not frightened, for those things must take place, but that is not yet the end.
7  “For nation will rise against nation, and kingdom against kingdom, and in various places there will be famines and earthquakes.
8  “But all these things are merely the beginning of birth pangs. Matthew 24:4-8 (NASB)

I believe we are living in the birth pangs of the tribulation period. When a woman is in labor, her labor pain grow in intensity until the time of birth. Even though we have seen many of these events take place throughout history, there is no denying of the fact that these have increased in intensity over the past few years.

In verse 7, the Greek word for nation is ethnos which means race or tribe. The phrase “nation will rise against nation” can be interpreted as ethnic group will rise against ethnic group. We see this happening with the war on ISIS. We are not fighting a country per say in this war against Islam, but rather we are fighting an ethnic group without borders. This is unlike any war in history. In World War 2 nation fought against nation. Each nation had a distinct border, but with the war on terror there are not well defined borders because the terrorists can live any where in the world. We are fighting a worldwide battle where the enemy is disguised until he decides to strike.

For many years we have seen famine in Africa, but only recently has California experienced feminine unlike anything we have seen in our lifetime. Many people are experiencing dry wells with no water. Can you imagine turning on your faucet and nothing comes out because the well has run dry? Have you been wondering how the extreme weather we are experiencing around the world fits into bible prophecy? Let’s take a quick look at Luke 21:25-26:

“There will be signs in sun and moon and stars, and on the earth dismay among nations, in perplexity at the roaring of the sea and the waves, men fainting from fear and the expectation of the things which are coming upon the world; for the powers of the heavens will be shaken” Luke 21:25-26 (NASB).

So there will be signs in the sun and moon, perhaps this is referring to blood moons and solar eclipses. There will be storms in the sea and waves, such as devastating hurricanes.

Is all of this a coincidence or is it proof that we are living in the end-times? Rather than fear these end-time events, we should be thankful for our salvation. This is the time to spread the gospel all over the world. The Bible says to be on the alert because you will not know the day or the hour (Matt. 25:13). Are you prepared to meet the Lord or will you be left behind? What about your loved ones? We as believers should be shouting salvation from the rooftops, but instead we are living like those during the days of Noah. We are eating and drinking, marrying and giving in marriage. . . and they did not understand until the flood came and took them all away (Matt. 24:37-38). It is time to wake up!