This used to be one of my most popular posts. Perhaps if I repost it, it will become popular again. Please pray for the youth in our nation. This problem is all too common in America.

Prayer In Every City 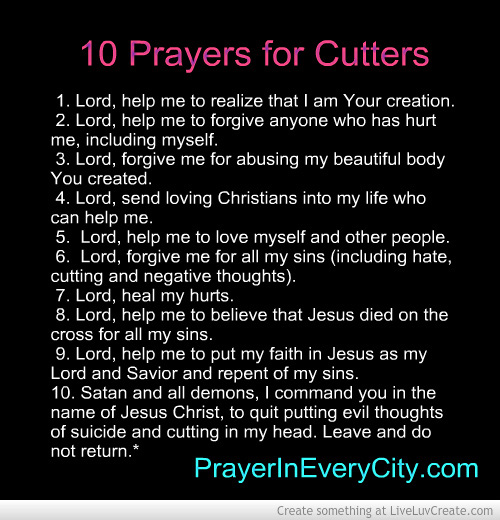 Self-injury among teens is more common than thought, a new study suggests.

Many parents are unaware that teens engage in “cutting” and other forms of self-injury.

Jesus Christ can heal the brokenhearted and your hurts. I hope that you will take the time to read all the scriptures below, because the Word of God (the Bible) teaches the only 100% cure for self hate, cutting…