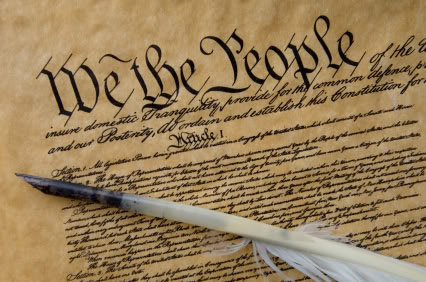 Our Freedom of Speech in America is under attack, yet again. Even when we don’t agree with what someone says, Americans have a right to freedom of speech. We have seen some high profile cases this year such as Phil Robertson from Duck Dynasty and Paula Deen who have lost their jobs because of words that they have spoken. I am amazed at what some actors and politicians can get away with in their speech, but activists are trying to shut the mouths of Christians when they disagree with what they say. If Christians lose their right to free speech, it will be the Republicans next, then the Jews and anyone else who disagree with the politically correct advocates. They will become a law unto themselves deciding what is okay to say and what is not. We need to pray for America that Christians will be emboldened by these acts of discrimination and not take it any more.

Phil Robertson’s civil rights have been violated according to the Civil Rights Act of 1964. “Title VII of the Civil Rights Act of 1964 is a federal law that protects individuals from discrimination based on religion. Title VII makes it illegal for an employer to discriminate against individuals because of their religion in hiring, firing, and other terms and conditions of employment, such as promotions, raises, and other job opportunities”(1).

Lord, we thank You that You have allowed us to live in America for so long where we have freedom of religion and freedom of speech. In recent times, Christians are being attacked for their beliefs and for the words of the Bible. Thank you for strong men who are willing to take a stand such as Phil Robertson and the entire Robertson family. They have spoken out against sin in a day when many pastors are afraid to do so. Please forgive our pastors in America who have chosen to quit preaching against sin out of fear of what people will think. We thank you for the bold stand that Phil Robertson took against homosexuality. Please make all Christians in America bold and courageous and to not be ashamed of the entire gospel of Jesus Christ. May pastors follow their calling which is,  “Preach the word! Be ready in season and out of season. Convince, rebuke, exhort, with all longsuffering and teaching. 3 For the time will come when they will not endure sound doctrine, but according to their own desires, because they have itching ears, they will heap up for themselves teachers; 4 and they will turn their ears away from the truth, and be turned aside to fables. 5 But you be watchful in all things, endure afflictions, do the work of an evangelist, fulfill your ministry”2 Tim 4:2-5 (NKJV).

We pray for the Robertson family and for Paula Deen as they have suffered persecution. Help make them stronger as a result of this injustice against them. May people not be jealous because of their success and therefore seek to destroy them. We pray that all Christians will stand together with these who are suffering for the words which they have spoken. May people in America have a spirit of forgiveness rather than of hate. We pray that the truth that Phil Robertson spoke in his interview will convict the hearts of the lost. He not only spoke out against homosexuality, but also adulterers, idolaters, male prostitutes, greedy, drunkards, slanders, and swindlers. We pray that anyone with these sins will be convicted when they see this verse in print over the next few days.

You say in Your Word that, “all things work together for good to those who love God, to those who are the called according to His purpose” Romans 8:28 (NKJV). We pray that these events will embolden us all and bring about a spark of revival and spiritual awakening for this nation. Without an awakening, we will continue on the downward spiral, which is destroying the Christian values of this nation. In Christ’s name, Amen.

About Prayer in Every City (649 Articles)

2 Comments on Prayer for Freedom of Speech