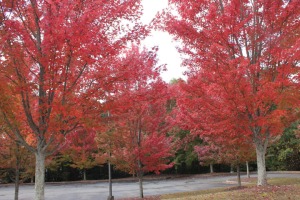 Reblogged from October 30, but if you haven’t read this it is new to you. It’s Word study Wednesday! Today, we will begin our new series on “Salvation and How to Witness”. In the book of Acts there are at least 11 different witnessing situations. We will not look at all 11 over the course of this series, but we will look at the different types of situations. When looking at these different stories, we will ask ourselves the following questions: Who was the audience? What was preached? How was the gospel message presented? Did it contain the key components of the gospel message? Did the message vary depending on the audience?

To begin we must first establish what the gospel message is in the Bible. The first part of salvation is repentance. If there is no repentance, then salvation did not take place. Believing upon the Lord Jesus is not enough, because the Bible says that the demons believe and tremble (James 2:19). A good repentance verse to memorize is this, “Jesus came to Galilee, preaching the gospel of the kingdom of God, and saying, “The time is fulfilled, and the kingdom of God is at hand. Repent, and believe in the gospel” Mark 1:14-15 (NKJV). Notice in this verse that we should repent and believe the gospel in order to be saved. The gospel message is given in 1 Corinthians 15. Let’s take a look at it below and list the major components of this message.

“Moreover, brethren, I declare to you the gospel which I preached to you, which also you received and in which you stand, 2 by which also you are saved, if you hold fast that word which I preached to you–unless you believed in vain. 3 For I delivered to you first of all that which I also received: that Christ died for our sins according to the Scriptures, 4 and that He was buried, and that He rose again the third day according to the Scriptures, 5 and that He was seen by Cephas, then by the twelve. 6 After that He was seen by over five hundred brethren at once, of whom the greater part remain to the present, but some have fallen asleep. 7 After that He was seen by James, then by all the apostles. 8 Then last of all He was seen by me also, as by one born out of due time” 1 Cor. 15:1-8 (NKJV).

As we look at each witnessing situation in the book of Acts, we should look to see if the message contains these components.

For I am not ashamed of the gospel of Christ, for it is the power of God to salvation for everyone who believes, for the Jew first and also for the Greek. Romans 1:16 (NKJV)

According to this verse, the power of God to salvation is the gospel message itself. It is not our testimony. The power of the message is in God’s Word. “For the word of God is living and powerful, and sharper than any two-edged sword, piercing even to the division of soul and spirit, and of joints and marrow, and is a discerner of the thoughts and intents of the heart” Heb 4:12 (NKJV). Corrie Ten Boom was a Nazi war camp survivor of World War II. After she was released from camp, she travelled the world sharing the gospel with much success. One time a woman asked Corrie why she was so successful in leading others to Christ, but the woman was not. Corrie told her that she must quote much scripture when sharing the gospel because this is where the power is. If we want to be able to share our faith in season and out of season as Paul commands, we must memorize scripture.

I hope you will continue with me for the next few weeks. We not only need to pray for Revival and Spiritual Awakening in America, but we need to share the gospel message as well.

If you would like to learn more about how to receive Christ, then click here: Need Salvation?