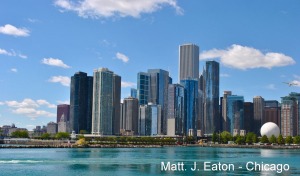 It’s Avoid Temptation Tuesday! I am going to talk about a very unpopular topic in the America culture, adultery and fornication. These two sins ruin marriages, cause STD’s, unnecessary abortions, fatherless children, unwed mothers, poverty and many other problems in our society.

What is the difference between adultery and fornication? In the older versions of the Bible such as King James Version or New King James Version both of these types of sin are talked about. Unfortunately in the newer translations the word fornication has disappeared and has been replaced with sexual immorality. This can water down the Bible because you can invent your own definition for this word, but in the older versions it is clear cut. Fornication is sex before marriage, but includes adultery. Adultery is sex with another person besides your spouse. The Bible even says that lust is the same thing as adultery. “You have heard that it was said to those of old, ‘You shall not commit adultery.’ 28 “But I say to you that whoever looks at a woman to lust for her has already committed adultery with her in his heart” Matt 5:27-28 (NKJV). This means if you look at pornography, watch nudity or sex on television, or daydream about having sex with someone, it is the same as committing the act in God’s eyes.

Think of all the social issues that would be solved if people took God’s Word seriously and obeyed His commandments. The Bible says that someone who continues in any type of sin including fornication or adultery, that they will not inherit the kingdom of heaven. Let’s compare two different versions of the Bible to see how the word, fornication, has been omitted.

“Now the works of the flesh are evident, which are: adultery, fornication, uncleanness, lewdness, 20 idolatry, sorcery, hatred, contentions, jealousies, outbursts of wrath, selfish ambitions, dissensions, heresies, 21 envy, murders, drunkenness, revelries, and the like; of which I tell you beforehand, just as I also told you in time past, that those who practice such things will not inherit the kingdom of God” Gal 5:19-21 (NKJV).

“Now the deeds of the flesh are evident, which are: immorality , impurity, sensuality, 20 idolatry, sorcery, enmities, strife, jealousy, outbursts of anger, disputes, dissensions, factions , 21 envying, drunkenness, carousing, and things like these, of which I forewarn you, just as I have forewarned you, that those who practice such things will not inherit the kingdom of God” Gal 5:19-21 (NASB).

I like the New American Standard Version, but even they have removed the word adultery and fornication from their version. The wording is much stronger in the New King James or King James Versions. I encourage you to look this verse up in your version of the Bible to see how this is handled.

If you have a problem with lust or sexual immorality, then please examine your salvation, because the Bible says that anyone who continues in these sins cannot inherit the kingdom of God. If you have committed this sin in your past, then confess the sin to the Lord. He will forgive you of all sin.

“If we confess our sins, He is faithful and just to forgive us our sins and to cleanse us from all unrighteousness. 10 If we say that we have not sinned, we make Him a liar, and His word is not in us” 1 John 1:9-10 (NKJV).

Please pray for those in America who take the Word of God lightly. Pray that our youth will decide to wait until marriage to have sex. As I say these words, I can think of all the movies who make fun of virgins. This is unpopular in our culture, but Christianity has always been unpopular.