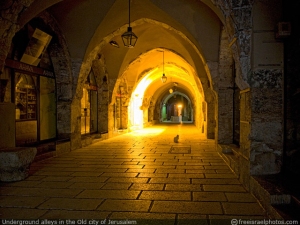 Psalm 38 has become popular over the last few years as an end-time prophecy psalm. If you take a look at the following verse, the words may seem very familiar to you if you pay attention to the news:

“For behold, Your enemies make an uproar, And those who hate You have exalted themselves. They make shrewd plans against Your people, And conspire together against Your treasured ones. They have said, “Come, and let us wipe them out as a nation, That the name of Israel be remembered no more.” For they have conspired together with one mind; Against You they make a covenant. . .” (Psalm 83:2-5 NASB).

In 2005 Mahmoud Ahmadinejad, former president of Iran, said Israel must be “wiped off the map”. Perhaps this statement is the reason that Psalm 83 has become so popular over the last few years. My last post was on the Ezekiel 38-39: Battle of Gog of Magog, which is believed to be a battle between Israel, Russia, Iran, Ethiopia, Libya, East Germany and Turkey. This particular battle will take place before the tribulation begins. When studying these chapters in Ezekiel, one must wonder where the other Arab states are during this battle. Certainly more Arab states those mentioned will come against Israel. The answer to this may come from Psalm 83, which is a battle believed to take place before the Battle of Gog. Let’s take a look at Psalm 83 to see who the key players are.

Since scholars cannot agree on this particular prophecy, how should we handle this scripture. When I learn of a passage of scripture that scholars disagree on, I like to study different views of the passage. I do not necessarily form an opinion as to whether I agree with the interpretation or not, but rather just keep it in the back of my mind for future use. If we see this prophecy fulfilled in our lifetime, then we know it is a prophecy for the end-times. I would rather be familiar with many view points and have uncertainty to the interpretation than to be clueless about end-time events. Many people are too scared to study end-time events, which is a shame. The Bible says, “My people are destroyed because of lack of knowledge” (Hosea 4:6).